I cannot remember which I first read: a Raymond Chandler or a James Hadley Chase. Both write racy thrillers. However, while Chandler has received significant literary attention, posterity has not pursued Chase.  All I can proffer from memory is that, while Raymond Chandler had exquisite constructions which live on in the mind, the James Hadley Chase novels have not left much lingering.

Except for one story. It was in my early undergraduate years that I finally found my sort of friend. I lost touch with her after she left town to pursue studies in a big city. And I never quite found that kind of friendship later. But it was she who told me about Miss Shumway Waves Her Wand.

Naturally, a story about a bandit who becomes a sausage because of a curse and who is then eaten by a dog which then turns into a talking pooch is bound to fascinate. Well, let's admit that I have a taste for humour, for one thing. And, for another, whacky wit is irresistible to me. But it's not really everyone's cup of tea.  Most prefer the sensational tales of money hungry men and women and the bitter ends they meet.

That is what Chase basically offers (aside from the abovementioned sausage story).

But who is Chase, you ask. Now, that is a charming story!

Like today's Lee Child, Chase was British. Like Child, Chase wrote about American gangsters. But how he came to do it is yet another fascinating tale. A salesman for books, Chase discovered that a particular novel was so well borrowed at the local library that it was always off the shelves. This gem was The Postman Always Rings Twice.

So Chase decided to pen some purple prose on his own and thus was born No Orchids for Miss Blandish.
And then he churned out one pot boiler after the other. Some were made into films but no one seems to rave about those.

His novels were devoured around the world - India had or still has faithful fans. However, the Americans were not at all amused that a Brit made money out of their lurid lives. Oddly, the French have a fancy for Chase, it is reported. Which brings us to the similar phenomena with Harlan Coben. Whatever the je-ne-sais-quoi of a Hadley Chase, we must admit that the French have good taste.

At the end of the day, the proof is in the pudding. So why not nibble at a James Hadley Chase today? I bet you won't be able to stop till you devour the book and that you might not stop till you've munched through any Chase that you can find.

Doctor in the House - Prescribed Reading

There was a time when novels about doctors were popular. There were moving tales and funny stories. Somewhere along the way the stories grew dark and most medical fiction became scary. But, once upon a time, there was the Doctor series by Richard Gordon.

Doctor in the House is his first:

This first book opens with an exam situation.

Every six months this orderly quiet is broken up like a road under a pneumatic drill. Three or four hundred students arrive from every hospital in London and from every medical school in the United Kingdom. Any country that accepts a British qualification is represented. There are brown, bespectacled Indians, invariably swotting until the last minute from Sir Leatherby Tidy's fat and invaluable _Synopsis of Medicine;_ jet-black gentlemen from West Africa standing in nervous groups and testing their new fountain-pens; fat, coffee-coloured Egyptians discussing earnestly in their own language fine points of erudite medicine; hearty Australians, New Zealanders, and South Africans showing no more, anxiety than if they were waiting for a pub to open; the whole diluted thoroughly by a mob of pale, fairly indifferent, untidy-looking British students conversing in accents from the Welsh valleys to Stirlingshire.

Richard Gordon's books have left me memorable giggles and I hope you too will enjoy the amusing stories of life as a doctor.
Posted by Gita Madhu at Tuesday, September 08, 2020 No comments:

Sacks' Migraine - no headache to read

We tend to assume that good literature is fiction and poetry and drama. However, there are works of nonfiction that are gems of good writing and reading them gives as much pleasure as would any novel.

Books by Oliver Sacks cover a variety of areas, all more or less related to his field - medicine, in general, and neurology, in particular. He writes about medical conditions in an engaging style.
His books are, basically, case histories. It is the way he narrates things that takes what might be dry-as-dust and makes it fascinating to read. Migraine, 1970, is his first book but rather hefty in size.
I've suffered from bad headaches for years and a lot of folks I know, especially women, endure terrible migraines. Sacks had his first one when he was just three or four years old!

“I was playing in the garden when a brilliant, shimmering light appeared to my left—dazzlingly bright, almost as bright as the sun. It expanded, becoming an enormous shimmering semicircle stretching from the ground to the sky, with sharp zigzagging borders and brilliant blue and orange colors. Then, behind the brightness, came a blindness, an emptiness in my field of vision, and soon I could see almost nothing on my left side. I was terrified—what was happening? My sight returned to normal in a few minutes, but those were the longest minutes I had ever experienced.“
A Perspective on the Migraine Mind

“My firstborn, written in a burst (nine days!) in 1967, stimulated in part by working in a migraine clinic and in part by a wonderful book (Liveing’s On Megrim) written a century earlier.”

oliversacks.com
It would do anybody great good to have several Oliver Sacks books at home but those who suffer migraines would be especially grateful to get to read it.

A Slice of Danish Noir

Rare, medium or well done, Nordic Noir is a smorgasbord of voices, styles and approaches. When we covered crime, recently, we had hesitated... 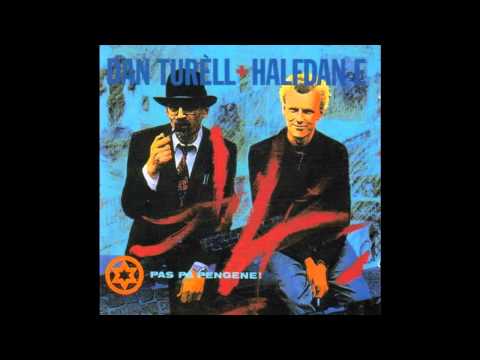 I, Sergeant: An Artificial Intelligence Techno Thriller Sci-Fi Short Story
by Nick Thacker
Sci Fi Short Story This is a very terse and tight Science Fiction short story. It would be a crime to giveaway too much but expect a major twist in the tale. Plot Set at sometime in the future, robots and humans are fighting each other....

Jivaka The Child Who Healed
by Malavika Kapur